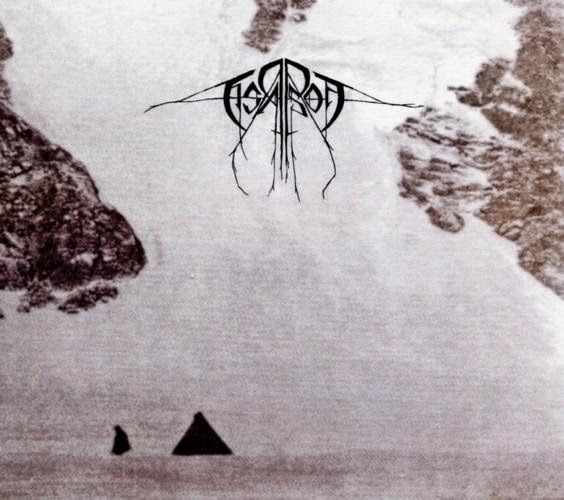 After a solid ten years Alboin and Ainvar have resurrected the Eismalsott project. A lot has changed in his main project and they have to change their name entirely to just Eïs, because of a copyright problem with the name Geïst. Given how incredible Eïs has been sounding, I immediately purchased a copy of the new Eismalsott piece. It comes in a digi-pak release and, unfortunately, a CDr rather than a pro-printed CD, and is limited to 293 copies.

I wasn't sure what to expect from this release. I just didn't know how much they would try to harness the early days of the project or if they would forge new terrain given their experience in the Black Metal scene that has been building over the past decade. I really think they have, I feel that "Weißblendung" is a far more focused release than the attempt at making all kinds of varied elements to a song. This feels a lot more cohesive and I can easily get lost in the chilling cold of the atmosphere that Eismalsott is harnessing this time around. I think they've dropped off some of the typical melodic elements in favor of more chilling lead sections. Just listen to the soaring and majestic piece that closes "Sternleite/Tiefenrusch". The influences of this project are fairly clear and at times this comes off as an updated "Nattens Madrigal" from Ulver, with far more listenable production. The only thing I really miss from the early incarnations of Eismalsott are those wonderful acoustic/clean guitar passages they had. I don't really miss the opener of "Laub", but there are other parts of that song that are very beautiful and would fit within this chilling atmosphere quite perfectly.

The only really bad part of this release is that it is not a full-length. I feel like I wanted to spend more time immersed in their new sound. Unless, of course, this is a teaser for an imminent full-length, in which case I am more than happy to wait. I really like the new direction of the project and I would like to see them push the envelope in the atmospheric direction a little more at times. If they could somehow blend what they're doing with, say, Paysage d'Hiver, I think we would have a truly chilling and interesting release on our hands. Just wishful thinking I'm sure... anyway, the latest from Eismalsott is definitely worth checking out. 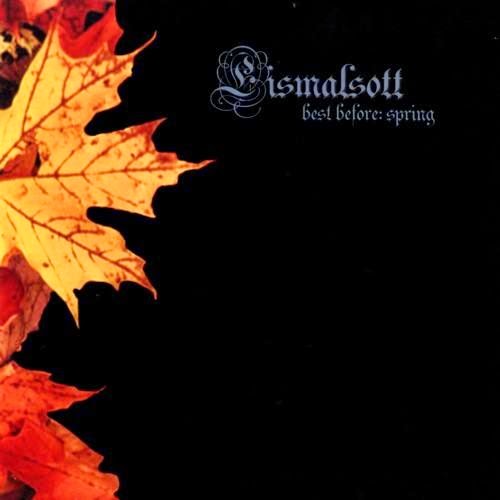 
I've, unfortunately, missed out on the 20002 demo "Snow White" from Eismalsott, but I was able to track down this EP recorded in 2004. The real reason I wound up tracking this down is because I am a fan of Geïst. Apparently the debut for Eismalsott was supposed to be "Patina", but instead that was released under the name of Geïst, which has formed into quite an amazing project as well over the years. So, I was pretty curious about the original incarnation of the project I've come to enjoy quite a bit. This is pressed on 7" vinyl and is limited to 499 copies of which I own #408? Or possibly #403... the handwriting is hard to read.

Eismalsott is listed as experimental Black Metal... but I'm not sure it's all that experimental. It has some strange moments. The entire opening for "Laub" is not at all a typical intro for a Black Metal release. But Eismalsott is mostly a Black Metal band with a lot of melody behind their work and thus I think they are more akin to Melodic Black Metal. The other pieces of "experiment" might come with the inclusion of some strange ambiance, but this is nothing too different from what other bands have done before. While "Best Before: Spring" is a solid Melodic work, I think what they transformed into next was even more incredible. Eismalsott is some solid Black Metal if you can get beyond some of the weirder experimental pieces... that don't seem to fit as well amidst the blasting Black Metal sections. Still we have some solid musicianship being performed and parts that are exceptionally well written... if I had heard this back in 2004 originally I would have been looking forward to "Patina" quite a bit to see if they could push their writing prowess even deeper.