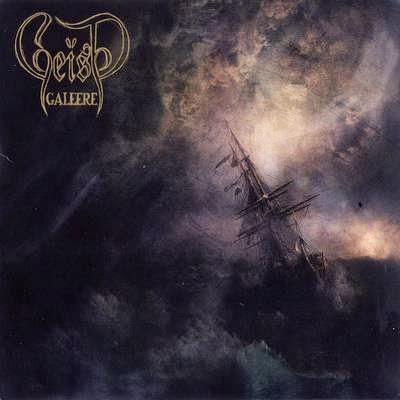 As we can see, that 2008 demo got them the contract with Lupus Lounge and soon enough the band was in the studio recording their third full-length. This is absolutely their best release to date. In the liner notes of  "In den Werften der Galeere" they mentioned the album art of that release not really working as the proper cover concept for "Galeere", so that's why it was used on the demo. This makes a lot of sense having seen the proper "Galeere" cover. Its incredibly eye catching and tends towards something nautical themed, and reading the liner notes here I get that impression. The cover is done by Lukasz Jaszak and it looks like he is very influenced by the great maritime artist Turner.

Musically this is absolutely their most cohesive sounding album. Every track flows with every other track and nothing ever feels out of place. They also have a huge sound overhaul and really delving more into the Atmospheric bent on things. There's only a couple times on the release where I feel a particular riff seems out of place, but they actually do a great job of bringing you back into the fold. There's one riff that has a sort of "rock" feel to it, where they're trying to transition out of something and it seems off putting, but then a lead guitar section kicks in which makes it work. The bump in the road does sort of stand out though. Luckily these are very few and in the grand scheme of the experience this is an incredible album. They've also taken special care to include a lot more Ambience in their tracks to really build that atmosphere more. It has an effect similar to what Paysage d'Hiver would do with their introductory sections... only less wind for Geïst. Instead in parts they've opted for boat sounds... and by that I mean they basically recorded the sound of a ship on the water where you hear the ropes and rigging tightening. There are parts of the songs have such an incredibly soaring atmosphere that it is just wonderful to hear as in "Einen Winter auf See", which is one of the finer tracks off this release. Actually, all these tracks are great... there isn't anything outright bad on here.

Truly a crowning achievement for Geïst and I really love the direction their music is taking. It will be interesting to see where they would end up going from here, but I feel like this is the beginning of a new compositional era for the band. Hopefully, they manage to harness this even more in the future. If you are a fan of Atmospheric Black Metal, you will not be steered wrong by "Galeere". Furthermore, the nautical theme gives it a sort of more interesting perspective. The band photos appear to look like the band are recently risen from the dead, but originally from the 1700's. Perhaps there is some influence in concept from Carach Angren, but their own ghost ship concept wouldn't come out until a year after "Galeere". I find Geïst's approach deeper and more interesting, though Carach Angren is not a bad band, just that Geïst sounds a little better in my opinion. 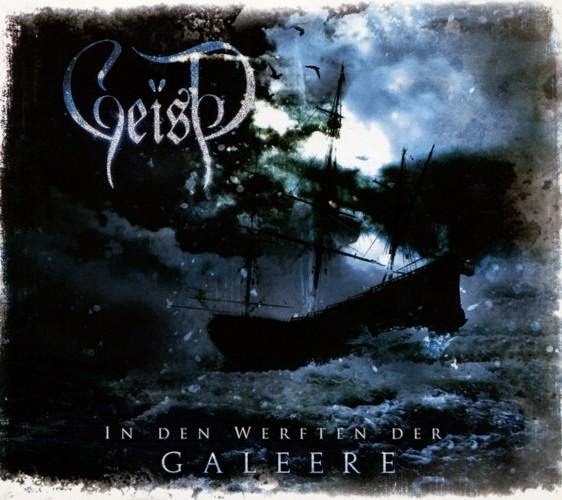 
It's been quite a while since we've heard from Geïst and a full-length release is imminent for the same year as this EP. In fact this comes out only a few days before the full-length looking at the dates. There's a nice little explanation of its creation from Albion and what this is is a demo recording from 2008 to show Lupus Lounge what they've been working on over the years. After listening to this, I can see why Lupus Lounge picked them up from here. This comes in a digi-pak release limited to 320 hand-numbered copies and I own #293.

It seems the time away from composing has done this band a world of good. I feel like this is a much more cohesive creation and it further develops the stronger parts featured on "Kainsmal". The music is also taking a far more atmospheric trend in the way its written and developed as the songs progress. The third song on here "Unter Toten Kapitänen" is over fourteen minutes in length, so their tendency to write those long and soaring riffs really works with the track lengths. The theme behind the work seems to be more of a maritime type of lyrical approach. The music, seems to favor a more beautiful and melodic trend over being dark and hateful. Still the music is heavy and intense at times, which actually does encompass a good representation of the ocean or sea voyages in general.

Being a demo recording, this is actually fairly well made. Sure the snare tone is way too tingy, but it doesn't detract from the higher quality writing this time around. You can only expect so much quality from demo or rehearsal recordings, and I would say this falls on the higher spectrum of quality. That being said, I'm looking forward to the full-length quite a bit now. It will be very nice to hear these songs with proper studio treatment. 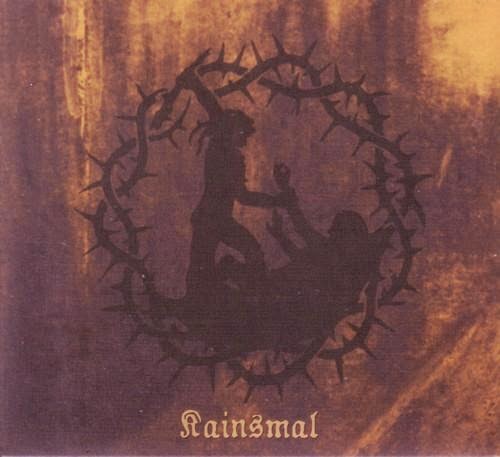 For Geïst's second release they have signed with the prolific Cold Dimensions which is run by Whyrhd of Lunar Aurora. They seem to have good luck finding labels, starting with the well known Solistitium is no small feat. In such a short amount of time between releases, I wondered what could have changed with the project, but it seems quite a bit is different.

Where "Patina" lacked focus, "Kainsmal" is very focused. With this new focus I think Geïst have had to revisit the ideas of their sound and where to draw influences from. The end results is that "Kainsmal" sounds a lot like material we've all heard before, albeit its solid and good Black Metal. Think of the earlier releases of Abigor blended with some cold Norwegian atmospheres. The goods news with "Kainsmal" is that it gets progressively better. The first three tracks are very decent Black Metal. Its high quality and well recorded, but there isn't much that really captures the imagination or really draws you in. The last three tracks that starts to change and the riffs get much stronger and a lot more memorable. So, while this is nothing we haven't heard before over the ages, it is still a fairly well written album with a few shining moments.

I certainly prefer "Kainsmal"... although I miss that Paysage d'Hiver styled moment and wish they had tended in that direction a little more. However, having a more focused released is far more desirable, especially since Geïst falls on the side of being more atmospheric, which means you really need to draw your listener into your album and keep them there. Too varied and you've missed the immersive effect. Luckily "Kainsmal" seems on the path to keeping that focus, hopefully there are bigger things to come in the future. 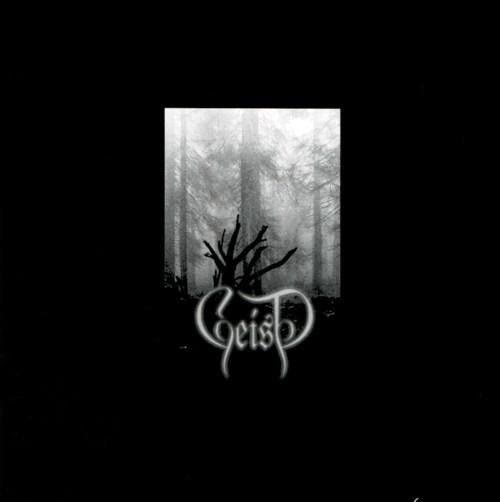 
First we need to go over some history. This, actually, wasn't supposed to be the debut album for Geïst, instead it was to be the debut for a different band named Eismalsott. This is really the entire line-up from that project and "Patina" was supposed to be Eismalsott's debut release. It seems there were some issues and in the liner notes referencing guitarist Ainvar it says "Ainvar is not part of Geïst anymore; he's continuing with his project Eismalsott in solitude, as it should be." So, clearly there has been some serious division in the band.

Based on that Eismalsott gave us some strange and varied music at times and "Patina" has this sort of feel, but I feel that it is much more focused on Black Metal. The intro to "Patina" is actually taken from the "Snow White" demo of Eismalsott, but that is the only Eismalsott track that appears in this newly named project. At times this album really can border on the Atmospheric Black Metal edge, but the entire album doesn't have this quality, unfortunately. The atmospheric material is the strongest by far and songs like "Winters Schwingenschlag" are the strongest on the release because of it. There are riffs in the title track that are simply awesome and very reminiscent of something we would hear Paysage d'Hiver release. Other times the riffs and leads sound like the yare influenced by Trimonium, as with "Wanderer bei Fels una Fjord", but the underlying structure feels more dissonant rather than melodic. Then there are these weird harsh and raw Black Metal tracks like "Nom" and "Jingizu", which sound like something early Darkthrone and Gorgoroth would blend together. They stand-out on the release as seeming not to really belong amidst the mix other influences.

Geïst seem to have recorded a collection of Black Metal songs of varying styles. This makes for a rather disjointed feel to their album and atmosphere. Some parts are very good, some parts are mediocre. Nothing is outright bad and these guys certainly know what they're doing when it comes to performing Black Metal, but I feel their writing lacks focus. The title track, for example, wends its way through a huge amount of riffs and never really feels like it has focus on anything. It will be interesting to see where Geïst eventually fall on the side of Black Metal, but for now "Patina" has promising moments, but lacks any real direction to me. We'll see where they go in the future...